A manufacturing company has been fined after a worker died following exposure to a toxic gas in September 2014. Leicester Crown Court heard that the workman was using cleaning chemicals to clean a changing room when he was exposed to a toxic gas (likely to be chlorine) and died at the scene.

HSE found that the deceased man had not been trained in the safe use of chemicals and that an assessment of the risk to health, as required by the Control of Substances Hazardous to Health (COSHH), had been not been carried out.

“This was a tragic industrial incident that was entirely preventable had suitable precautions been taken. The workman had not received any training in the safe use of hazardous chemicals and as a result died from the exposure to a toxic gas.

Companies should ensure that they assess all the risks associated with the use of dangerous chemical and that exposure to their employees is either eliminated or minimised.” 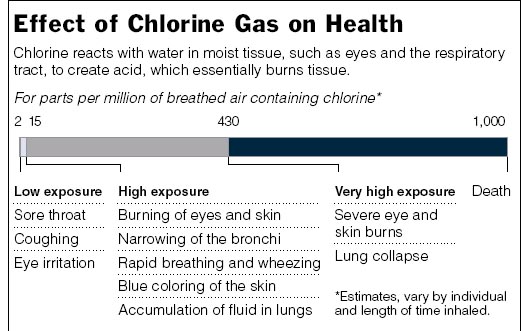