A manufacturer of signs and displays has been fined £120,000 after a worker fell to his death through a domed roof light in June 2014.

Richard Perry, aged 43, was working with a colleague covering roof lights with blackout vinyl at the company premises in Bradford. It was during this work, designed to block the sunlight and reduce heat within the factory, that he fell 5.5m through a fragile roof light to the floor below.

The company failed to adequately supervise Mr Perry and another employee. There were several missed opportunities by a number of managers to stop them from working on the roof.

No precautions in place

The firm from Bradford pleaded guilty to breaching Section 2(1) of the Health and Safety at Work Act 1974 and was fined £120,000 with £37,655 costs by Bradford Crown Court. After the hearing HSE inspector Andrea Jones commented:

“This accident would not have happened if these two employees had been appropriately supervised by management. Falls from height, particularly from roofs is the highest cause of fatal accidents.” 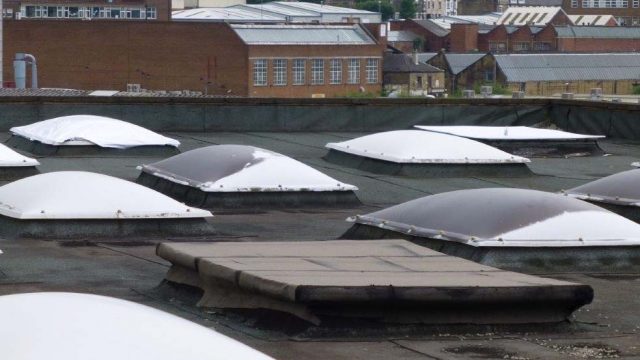