A car component manufacturer, has been fined over £180,000 after six workers experienced back injuries from repeatedly lifting heavy car engines.

Birmingham Crown Court heard that between 1 November 2013 and 7 January 2015 HSE received six reports of back injuries to workers which caused them to be off work for more than seven days.

HSE investigators found that the workers were expected to handle components weighing between 14 and 21kgs some hundreds of times during a shift.

Mechanical lifting aids were either not provided, not suitable, or no training had been received by workers in how to use the aids. There were no suitable or sufficient manual handling assessments in place for the tasks involved.

‘Health’ as important as ‘Safety’

The business admitted breaching Regulation 4(1)(b) of the Manual Handling Operations Regulations 1992. The company was fined £183,340 and ordered to pay over £21,000 costs.

“Companies need to recognise that manual handling as a high-risk activity. It is equally important to get health issues right, as well as safety. An Office of National Statistics report on Sickness Absence in the Labour Market stated that 30.6 million days were lost in 2013 due to musculoskeletal problems. This itself should highlight the need for employers to get health issues right.” 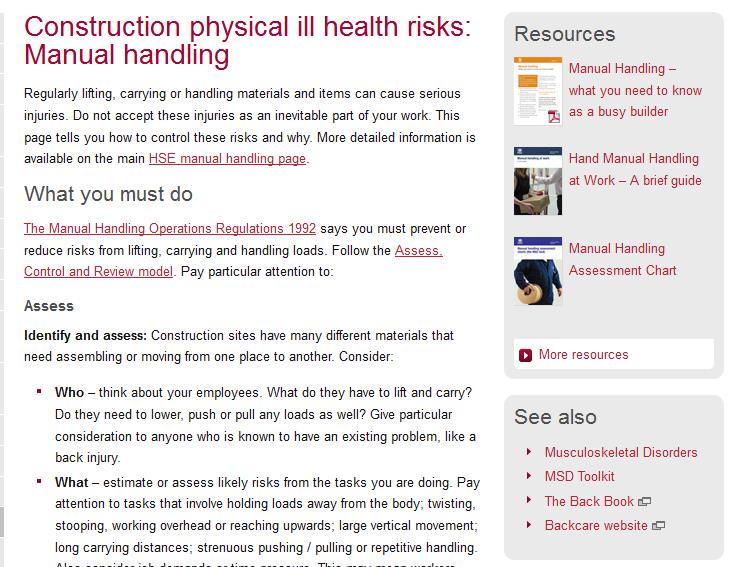