An engineering company from Liverpool has been fined after an employee was badly injured when he was struck by a metal structure during a lifting operation in June 2014.

HSE investigators found that the company failed to ensure that the lifting operation was suitably planned, supervised or carried out safely.

Liverpool Crown Court heard that the worker and a colleague were attempting to manoeuver the structure out of the premises using a fork lift truck. Whilst trying to raise the structure from its supporting trestles it twisted, and swung towards the worker, entering the cab of the fork lift truck and striking him.

The company had not carried out a risk assessment and no formal training had been provided for the employees.

The company pleaded guilty to a breach of Section 2(1) of the Health and Safety at Work etc. Act 1974. The company was fined £30,000 and ordered to pay costs of £7,670. Speaking after the hearing the HSE Inspector said:

“Had the company taken basic steps such as providing suitable training so those undertaking the lift were in a more informed position to assess and then adequately manage the risks, this incident would have been avoided.” 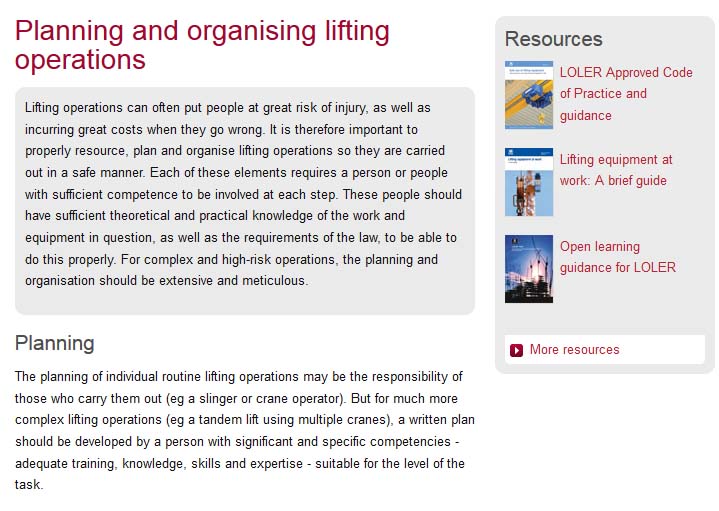