A Manchester-based roofing contractor has been given a suspended prison sentence, community service and an order to £4k prosecution costs after breaching health and safety laws in November 2017.

Manchester Magistrates heard how the contractor and employee were carrying out roof replacement work at retail premises. There was no edge protection or scaffolding provided and he did not have employers’ liability compulsory insurance (ELCI).

Members of the public at risk

HSE investigators found that the contractor was served with two prohibition notices on two separate occasions in the past. He continued to work without appropriate scaffolding thereby putting workers at risk of a fall from height and members of the public at risk from any falling materials.

The contractor pleaded guilty to breaching the Work at Height Regulations 2005 and the ELCI 1969. He was sentenced to six months imprisonment suspended for two years, 240 hours community service and ordered to pay costs of £4,600.

“This incident could so easily have been avoided by simply having the correct control measures and safe working practices in place. The defendant chose to save money by not having scaffolding and in doing so put his life at risk as well as the lives of his employee and visitors to the butcher’s shop.” 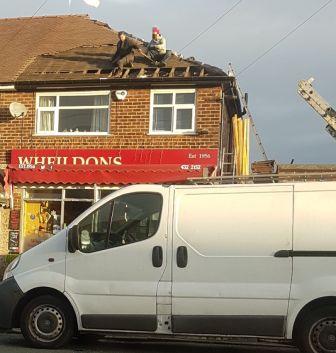