A haulage firm has been sentenced following a fatal incident in which a driver was crushed by a reversing vehicle in December 2013.

Worcester Crown Court heard how the 60-year-old man was assisting a colleague to reverse a vehicle when he became trapped between the reversing vehicle and his own vehicle causing fatal injuries.

HSE investigators found drivers were routinely labelling their loads in the yard whilst other lorries were returning to the yard and reversing in close proximity.

The investigation found no segregation of vehicles and pedestrians, lighting was inadequate and there was deep shadow between parked lorries.

The transport company from Droitwich Spa, Worcestershire was found guilty of breaching the HSW Act Section 2(1) and fined £150,000 and ordered to pay costs of £253,728.07. 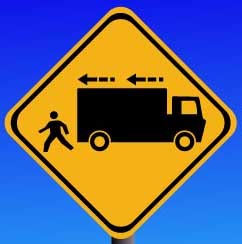