A security fencing manufacturing company has been prosecuted after a worker sustained significant injuries in February 2017.

Liverpool Magistrates heard how the employee was manually loading fencing panels into shipping containers when over 30 panels fell on him.

He suffered a broken left shoulder, fractured vertebrae in his neck, two broken ribs, contusions to his lungs, and soft tissue damage to his face.

HSE investigators found there had been two previous incidents of fencing falling on workers, which should have acted as a warning to the company that the loading procedure was dangerous.

The company subsequently loaded the fencing using specially designed stillages, eliminating the need for workers to be inside the container, and therefore significantly reducing the risk of injury.

“This company had two previous accidents in identical situations, which should have served as a warning that the system in place was dangerous should they have heeded this warning, the serious injuries suffered by Mr Evans could have been prevented.” 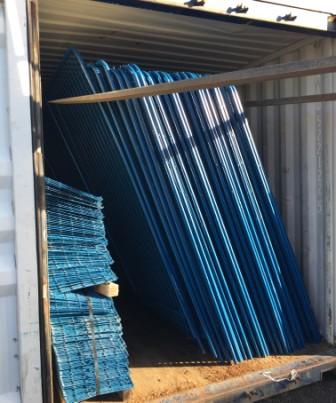