TW on major project not built to safe design and checked

The Principal Contractor and two other contractors on a major London construction project have been fined a combined total of over £1,000,000 after one workman died and two others were badly injured when a temporary platform collapsed on 29th October 2012.

Southwark Crown Court heard how a carpenter and a steel-fixer were standing on a temporary wooden platform above a stairwell opening on the 9th floor of a construction site when the platform suddenly gave way.

HSE investigators found that similar platforms were constructed on other floors throughout the construction site using timber joists supported by unsuitable joist hangers with plywood fixed on top. The platforms formed part of the ‘temporary works’ but were not built to an agreed safe design and build quality checked.

“The risks of falling from height are well-known, and the risk of joist hanger failure is well-documented. This tragic incident illustrates what can happen if temporary works are not properly organised. All those who have a role in planning and managing work on site must take responsibility for ensuring that serious risks are properly controlled.” 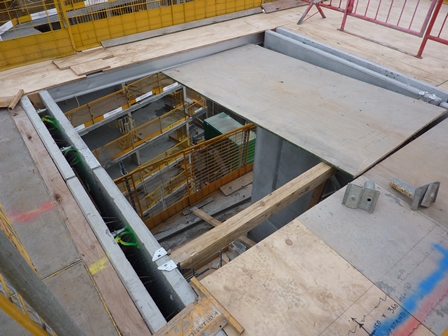