The manager of an access plant hire firm has been sentenced to two-years imprisonment for his neglect of health and safety obligations that led to the death of one man and caused serious injury to another in June 2012.

Two workmen were in the basket of a mobile elevating work platform (MEWP) removing safety netting in Glasgow when the third main boom section of the MEWP buckled causing the basket to fall 28m to the ground. One man was seriously injured and the other man suffered fatal injuries.

In addition, two companies were also prosecuted and fined almost £100,000.

“This death was entirely preventable. The manufacturer advice was to replace the damaged boom. Instead, they chose a much cheaper repair that left the boom in an unsafe condition.

This tragic accident should highlight the absolute duty for owners of MEWPS to maintain them to ensure continued safe operation.” 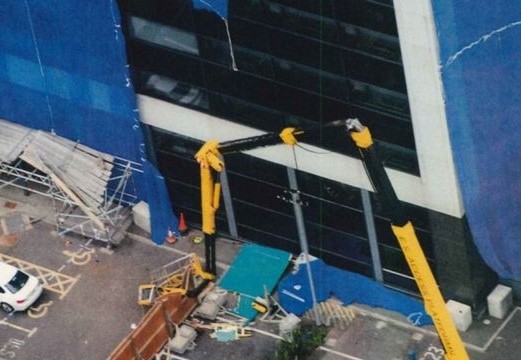